Google Glass, though exciting, is not yet available to everybody, and aside from developers, creatives, journalists and competition winners, few have actually had the chance to test out the most exciting technological advance in recent times. One individual who is certainly on the outside looking in is Australian hacker Ash_Williams, but undeterred by his inability to get hold of Glass to try out for himself, he’s sought to create his own version from various odds and sods.

We’ve already seen a pair of specs offer point-of-view recording for a fraction of the price of Glass, and with so much hype surrounding Google’s most intriguing project to date, we’d expect a steady tide of knockoffs and wannabes to hit the (black)market as the release draws nearer.

Although it’s by no means perfect, Ash_Williams’s attempts to emulate Glass are certainly meritorious. He’s called his creation "Flass," which is a combination of "fake" and "glass" and although I may be digressing slightly, I can see this term sticking much in the same way as KIRF has as a generic term for knockoff products. 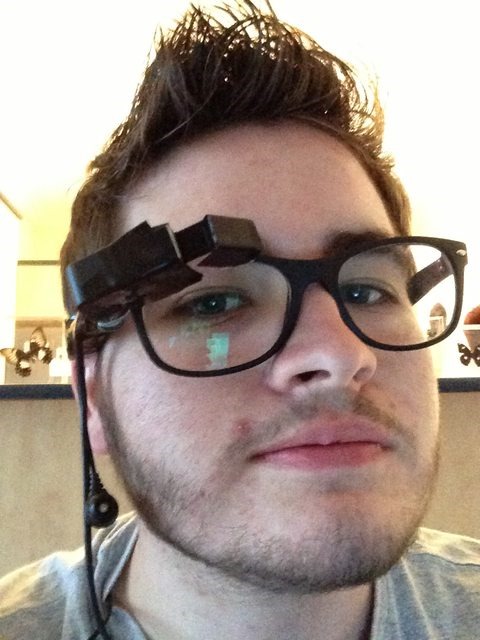 The Flass as you see in the image and video below is the product of three prior revisions, and although it doesn’t look much in comparison to the vaguely stylish Glass, it does provide some of the same functionality. Well, sort of.

The display is attached to an ordinary pair of specs using cable ties (with the velcro on standby in case of detachment), and connects to a Samsung Galaxy S via a Myvu Crystal 701. Once the tv-out setting on the Android device is activated, the contents of the smartphone’s are then mirrored through to the Flass display. Although the image below isn’t exactly crystal clear, it does give an idea as to how the display looks on this makeshift piece of kit: 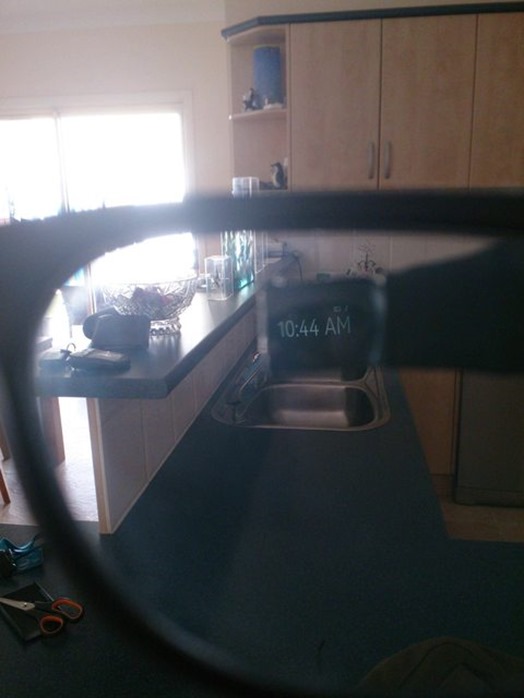 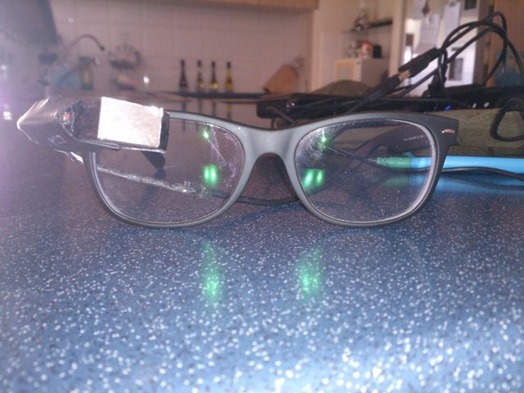 Despite looking very much like the raw product of a hacker’s imagination, Ash_Williams’s progress is very impressive indeed. This is only the fourth version of Flass he’s built so far, and with a little bit more progress and a few tweaks here and there, it’ll be interesting to keep tabs and see what he can come up with.

The video below shows exactly how it all came together, so give it a watch, and post your thoughts below!