Apple Working On A Force Touch Keyboard, Here’s How It Will Work

Apple has been granted a new patent by the U.S. Patent and Trademark Office that could see the company entirely change how its future keyboards function internally. The patent, which has been given the title “Ultra low travel keyboard”, was granted this week and describes a new keyboard design that uses built-in pressure sensors to detect and interpret input, in a similar fashion to how Apple’s new Trackpad 2 and the new trackpads in the latest MacBooks function.

Apple has shown extreme willing to introduce its Force Touch technology into as many devices as possible, The display of the Apple Watch utilizes this type of technology, as does the latest Trackpad 2 accessory that is now available to purchase as well as the trackpads that reside within Apple’s latest range of MacBooks, and with 3D Touch, Apple has brought same tech to iPhones as well. The submitted patent describes how each key on the future keyboard would be built on top of a stack of pressure-sensitive sensors to determine the level of force applied in real-time and a piezoelectric actuator to provide tactile feedback.

A keyboard of this nature, built on this type of technology, could have multiple tangible benefits for Apple and the consumers that would ultimately purchase the device. Changing the underlying technology that resides under each key would allow Apple to produce keyboards that are notably thinner than the currently available ones. There’s also the added benefit that Apple could provide each key with multiple uses, such as having a normal press type a standard letter, whereas a more forceful touch could be programmed to execute a certain command, such as launching iTunes, for example. 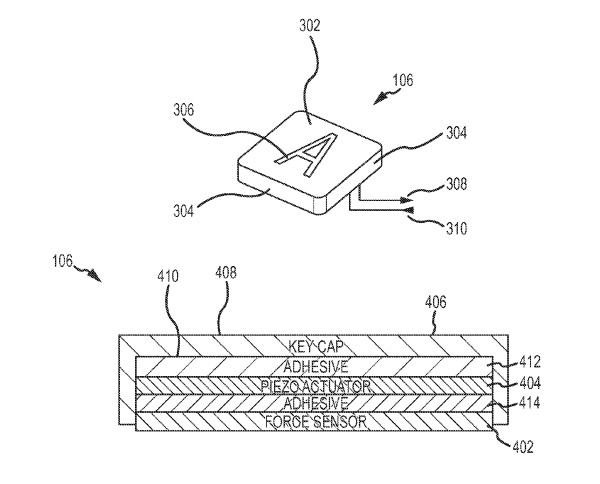 As is always the case, just because Apple has been granted a patent by the U.S. Patent and Trademark Office, it doesn’t mean that it’s a guaranteed indication of what is to come. Apple, like most other large technology companies, literally holds thousands of patents against its name, a large number of which generally come to nothing. With that said, given the fact that Apple has included pressure-sensitive input in as many products as it can with the integration of Force Touch and 3D Touch, it makes sense for the company to want to start introducing this into a new range of accessories. 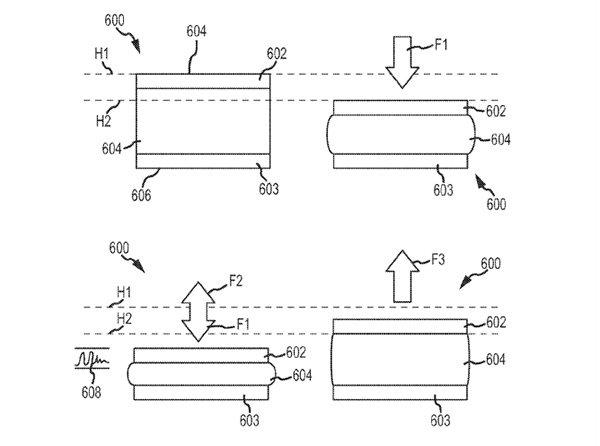 Be prepared for a long wait, however, as Apple has only just introduced Magic Keyboards Macs.