Apple’s Siri voice-recognition technology might not yet have made waves among the iOS-using community, but the implementation first seen with the iPhone 4s back in 2011 shows no sign of disappearing. We’ve already seen how the likes of Honda and General Motors announce plans to include the Siri Eyes Free technology into upcoming production cars, and now, a new patent filing from Apple suggest that it too is ready to take Siri to the next level. Published by the U.S. Patent and Trademark Office on Thursday, the filing outlines a speaker dock system that includes Siri integration, which would be interacted with via the in-built speaker system.

With smart TV, smart watches and smart glasses currently in vogue, this patented product would be something of a smart dock, and the accompanying description within the patent filing describes it as much. Apple could be looking to create a "smart dock for activating a voice recognition mode of a portable electronic device," which might also incorporate touch panel and perhaps even physical buttons / scroll wheel. 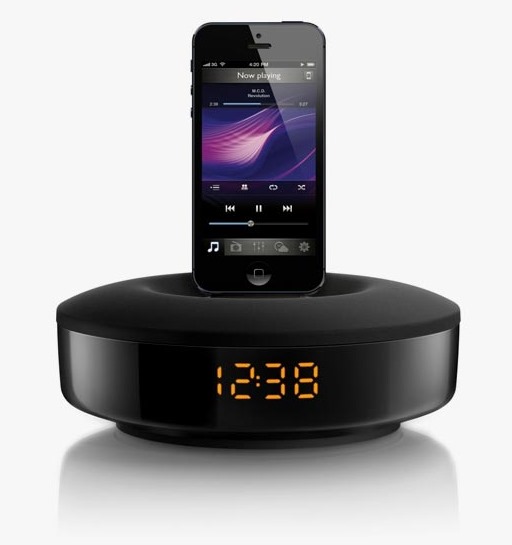 Although Apple could, in theory, integrate Siri into the dock itself, this is unlikely to be the case, since the basic prerequisite of owning the dock will also be owning a compatible iOS device. Thus, all of the Siri prowess would manifest from the connected iPhone, harmoniously integrating with the dock to provide even more of a seamless experience. 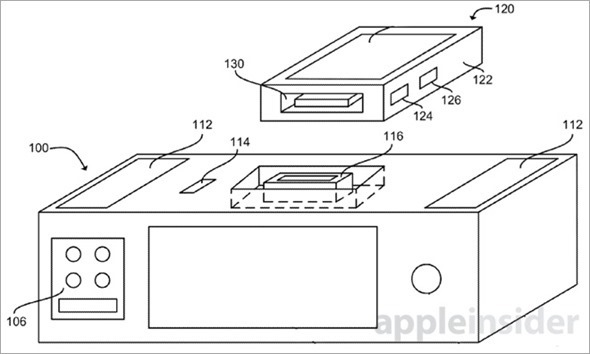 To help a user interact with Siri from afar whilst their device is docked, there would be a configuration process at which point an activation method would be assigned. This could take the form of a clap, a whistle, or any other audible, noise, and from there, a user would be able to assume control over device and dock alike. 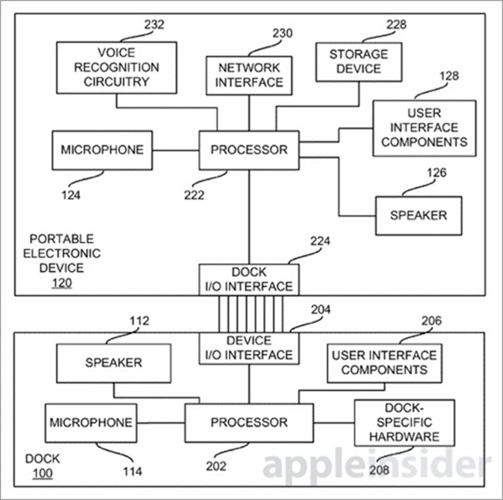 Intriguingly, the dock packs a wireless communication module for access to certain relevant databases, as well as the cloud.

The patent was filed way back in May 2012, so as far as turnaround times go over at the USPTO, this has been a fairly swift publishing. 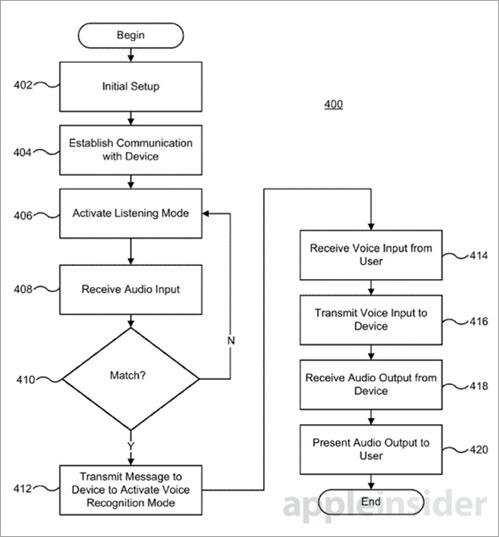 Docks haven’t progressed as quickly as mobile devices have over the past few years, but it would seem that Apple would like to change all that with its smart dock idea. Of course, a patent filed is not the same as a product manufactured, but with a seemingly good product on its hands, why wouldn’t Apple come through with something like this in the near future?