With every launch of a new a new iOS device and every major Apple conference or media event, there is inevitably going to be a seemingly never-ending string of rumors flying around the world wide web. In the past, we have seen some pretty far fetched and out-there speculation, as well as some conjecture that resonates and turns out to be true.

With the company’s Worldwide Developers Conference being only a matter of days away, those travelling to it from around the world, as well as the tech-loving public not in attendance are still wondering what Apple will announce. It looks pretty much nailed-on that we will see an announcement of iOS 6 in some form, as well as an introduction to their new mapping system. Whether or not the next- generation iPhone will get a mention or an outing at all is anyone’s guess.

The latest rumor, and speaking as a developer, the most exciting part in my opinion, is the possible announcement of the immediate availability of an SDK for the Apple TV. iOS platform is one of the most popular mobile platforms to develop for, with devs all across the globe pushing out applications for the iPhone, iPad and iPod touch on a regular basis. Although the Apple TV set top boxes are powered by iOS, Apple have never officially allowed any third-party applications to be run on the device, other than the selection which they include themselves with the stock operating system.

The little black hockey puck represents a totally new challenge for developers and we have had the feeling that it was only a matter of time until they got serious about their hobby project and introduced something of this nature. At present, the details are obviously a little sketchy about what privileges will be afforded to developers if the software development kit does materialize during this year’s WWDC. But, logic dictates that Apple would want to maintain control over the installation, meaning we could see the introduction of an Apple TV App Store with iOS 6. 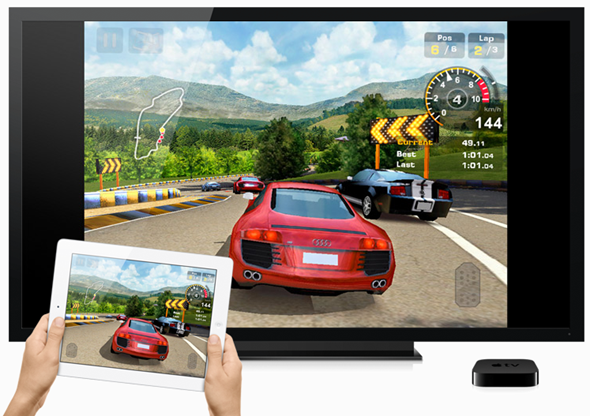 Once again, from a personal and development point of view, having the chance to produce innovative and unique apps or widgets for the much loved Apple TV unit represents extremely exciting times. Due to the way the device is controlled and thanks to the large screen interface, the technical aspect of Apple TV software development would be challenging, but would undoubtedly bring a new depth to using the Apple TV.