Apple is now accepting non-iOS devices as a part of its Reuse and Recycling Program, and the facility is available to those residing in the United States, Canada, and several European countries as well. Head over the jump to learn more about the expansion of this program which now covers various Android, BlackBerry and Windows Phone devices.

When Apple launched the Reuse and Recycling Program in August 2013, it was limited to qualifying iPhones, iPads, and Macs; basically, select Apple products only. In case you have no clue what the service is all about, Apple has been allowing iPhone, iPad, and Mac owners to trade in their old devices with discounts being availed towards the purchase of a new one. Simply put, Apple pays you in a way for your old device.

With Android, BlackBerry, and Windows Phone smartphones now being welcomed under Apple’s umbrella, the new trade-in program has been made available online, and at retail Apple Stores as well. Customers will be able to mail in the eligible non-Apple smartphones such as select HTC, LG, Nokia, Sony, Samsung, and BlackBerry models, and will be able to receive credit in the form of either an Apple Store gift card or direct bank transfer.

Apple is also expanding the trade-in program to select PC models too, allowing non-Mac users to be eligible for gaining some credit towards the purchase of a new Mac or even an iPhone or iPad, whichever they prefer. The PC trade-in program is being handled by a third-party vendor called Dataserv. Meanwhile, the smartphone trade-in program has gone live in the U.S., United Kingdom, Italy, France, Germany, and Canada and is being run in partnership with Brightstar, a third-party device buyback and trade-in company. 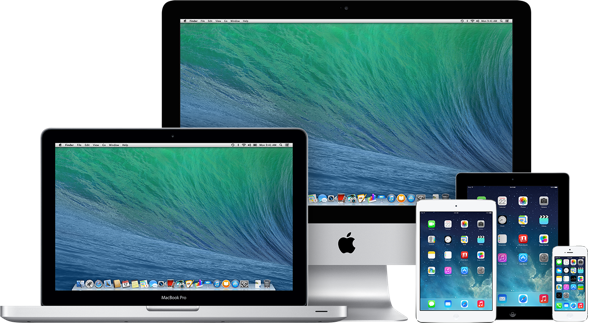 If your iOS device, Mac, non-Apple smartphone or PC is too old and is not eligible for the Reuse and Recycling Program, Apple is still offering the traditional recycling program for disposing off your devices. With the expansion made to cater for Android, BlackBerry, and Windows Phone smartphones, Apple is continuing to attract more users towards the iPhone, and why not, given that a considerable portion of customers that the iPhone 6 and 6 Plus drew in were those whose previous smartphones were not iPhones.