It was of relative disappointment when the buzz circulating around the Web of Apple’s purported redesigned iPhone 5 turned out to not be the massive upgrade consumers were waiting for. 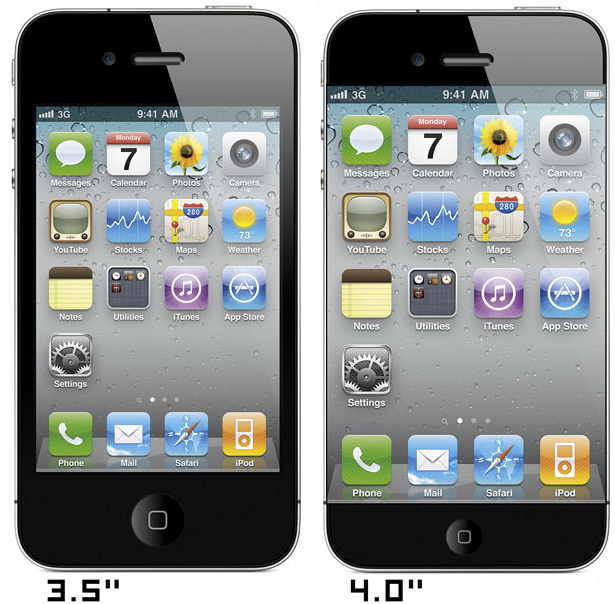 Don’t get me wrong, the iPhone 4S is a very solid device, and with its A5 chip and much-improved camera, the fruit company has done a stellar job of tiding consumers over for the oncoming months.

That’s not to say, though, that a new design and larger screen is something we’ve dispelled as a mere pipe dream – quite the opposite.

For although we’re more than satisfied with Siri and the 4S, the rumors continue to circulate about what’s up next. The latest, courtesy of Macotakara, suggests that Hitachi Displays Ltd. and Sony Mobile Display Corp. have already begun to ship 4-inch displays for "a new iOS device".

Citing an Asian source, Macotakara notes that as well as the 4-inch LCD for an unnamed iOS device, there’s also an LCD for the iPad 3 which will – unless Apple plans to majorly disappoint – be a Retina display.

Even though iPhone 5 hasn’t been directly named as the recipient of the augmented display, it doesn’t take a mathematical genius to surmise.

The iPhone range to date has only seen 3.5-inch displays, and while others on the market have seemingly gone all-out to make screens extremely large, Apple has remained defiant.

A recent report suggested that the Cupertino company may have kept the smaller displays since the average thumb can only cover those particular dimensions. By going up to 4, iPhone users will have the benefit of a larger display whilst still being able to fully operate the device with one hand – something quite difficult with the likes of Samsung’s Galaxy Note and it’s enormous 5 inch screen.

Whilst it’s rather early to be speculating – after all, the iPhone 4S is barely 6 weeks old – let’s hope that the iPhone 5 does live up to those specifications (similar form factor to iPad 2, thinner and lighter, possibly larger home button) we initially hoped for.

As a side-note, high expectations are also on cue for the iPad 3, with the Retina display taking iBooks, Newsstand and other reading apps to a more advanced level as well as any other features Tim Cook and his cronies care to throw in.