Apple has today released a new security update for OS X Yosemite 10.10.2, and is available immediately for users via the Mac App Store. More details on the update can be found right here after the jump.

Available for all Macs that support Yosemite, the download is being dubbed as Security Update 2015–003 1.0 and can be installed right away, and in all honesty, you should probably grab it sooner rather than later.

The update, free as are all security updates for OS X, includes two main fixes that improve security for iCloud Keychain while plugging a security hole that could allow malicious applications to execute code.

The latest security fix comes less than a fortnight after Apple made its last update available, that time fixing the FREAK security flaw that had everyone paying plenty of attention. This latest update isn’t quite so eagerly anticipated, but any security fix is a good one as far as we’re concerned.

Security updates are vital to any well adopted operating system and the Mac’s OS X Yosemite software is no different. Giving hackers the ability to execute malicious code is never a good thing, so we are pleased to learn that Apple doesn’t just take the issue seriously, but also plugs the relevant holes wherever necessary. 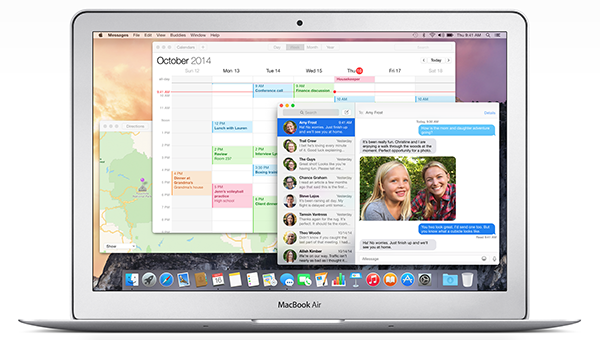 If you see these or indeed any other security fixes appear in the Mac App Store, install them as soon as possible. You’re not only compromising your own machine but potentially also those on your network if you do not.

Head over to the Mac App Store on your OS X powered machine, and click on the Updates tab up top. The newly released update should be sitting right there waiting for your approval. Once the update is done installing, you’ll be required to restart your Mac for the changes to take proper effect.

You can even download the update directly from Apple’s website if you don’t want to take the Mac App Store route. And for your convenience, we have embedded the direct download links below.