Apple Receives Patent Award For iTravel, Points Towards The Inclusion Of NFC In Future iOS Devices

Although Apple may still be going through the district and county courts in an ongoing battle with Samsung over alleged patent infringements, it certainly hasn’t stopped the creative minds at the Cupertino company from coming up with and submitting applications for a wide variety of patents. We all know the technology giants are no strangers to the patent system, something that has been emphasized today with the United States Patent and Trademark Office publishing a total of twenty three patents awarded to Apple.

A lot of the patents awarded aren’t exactly headline news and represent nothing but smaller, behind-the-scenes innovation for the company. With that said, one of the headline awards comes in the form of something they have called iTravel, pretty much coming at the most opportune time for the company considering they have recently announced Passbook as one of the major new features of the up and coming version of iOS for iPhone, iPad and iPod touch; iOS 6. 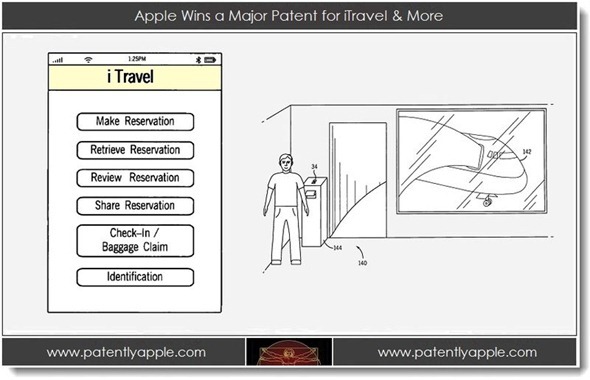 For those who witnessed the announcement of iOS 6 at the opening keynote of this year’s Worldwide Developers Conference, the awarding of such a patent isn’t really that shocking considering Apple announced that Passbook would feature the ability to check-in at airports around the world as well as having extremely useful boarding pass functionality. As was always going to be the case with applications are systems of this nature, the announced patent makes deep use of Near Field Communications (NFC) technologies, something which PatentlyApple reports will be used primarily for identification and ticketing by transport providers.

The iOS device, whether it be an iPhone, iPod touch or iPad, will be responsible for storing the relevant information with all of that information being sent to compatible devices through the use of NFC. As you might expect, Apple doesn’t generally make products or services that are only feasible in one industry, meaning that the purported iTravel should be able to be implemented across multiple sectors for multiple uses. 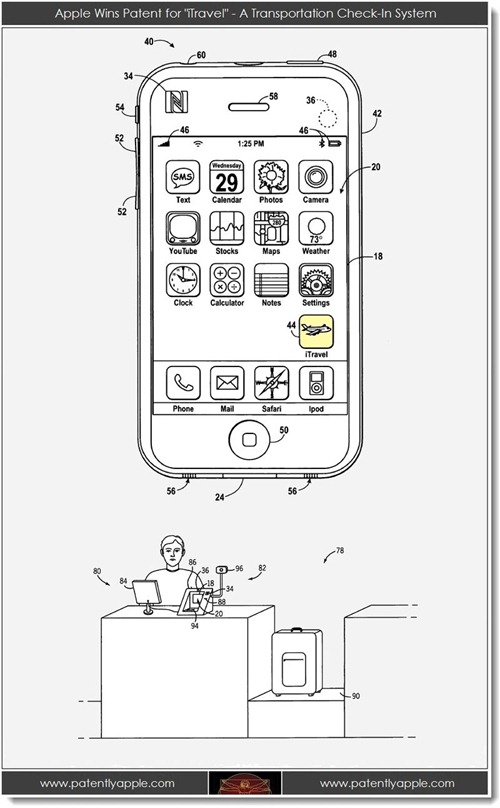 One of the potentially great things about iTravel, and the possible feature set is that the information that it could potentially hold can be added to the device or the dedicated app through multiple methods such as adding it manually or pulling the information directly from an incoming email that has come from providers. The awarded patent should definitely indicate that Apple is serious about Passbook and the likely inclusion of Near Field Communications in any new hardware that they are about to release.