It seems that if you are the type of person who has a particular interest in watching competing technology companies go head to head in a legal battle, then Germany, or more specifically, Munich Regional Courts is the place where you should be. It is no secret that patent infringement cases have been sprouting up all over the place, with companies like Motorola Mobility, Apple and Samsung all trying desperately to get one up on each other through the legal system and strike a victory blow in the tense battle for smartphone domination. All of the exciting action in these lawsuits seem to happen in Germany, with regional courts seemingly always in session ruling over one infringement or the other. Most recently it has been Apple and Motorola Mobility Holdings who have been in the litigation spotlight dueling against each other over numerous patents, but the one we are focusing on today is Apple’s EP2059868 patent which spans across the European Union and relates to a “portable electronic device for photo management“.

A local regional court has ended the day by declaring that Motorola have indeed been naughty boys and infringed upon the Apple-owned patent. It may seem like such a minor thing, considering the patent in question relates to the little bounce animation users will see when over-zooming on a photograph through the device’s gallery. The installed software corrects this over scroll by popping the photograph back into view with a nice little bounce-type animation.

The ruled infringement may come from a software-based installation, but the ruling in Germany could hold dire consequences for all of the affected devices that Motorola own, if they don’t come up with a solution pretty promptly. One of the powers including within the ruling effectively gives the Cupertino technology giants the ability to force Motorola to destroy any and all products which infringe upon this patent, within the German borders. If Apple were feeling particularly nasty, they could also force Motorola to recall every affected device which has been shipped to manufacturers, just to make them put the death blow to them as well. It is worth noting that although this is possible, it is extremely unlikely that a company like Apple would force such an action and would much rather come to an amicable, financial solution with MMI. 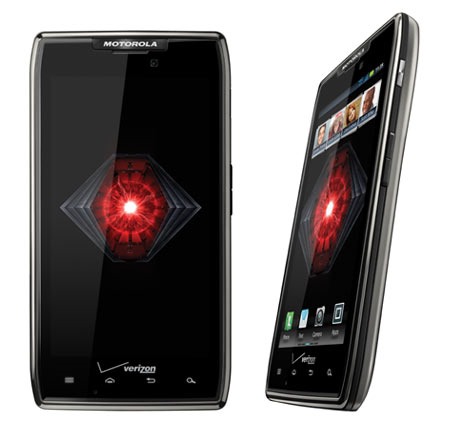 Because the actual issue is software-based, it means that Motorola can make all of the legal hurt and pain go away via a simple software update, removing Apple’s right to cull the devices in question. So, yet another small victory for Apple in the European courts, but with a number of cases still pending involving various manufacturers, the legal wrangles are far from over.