Apple is no longer signing iOS 13.6, less than two weeks after iOS 13.6.1 was made available to the public. That means that anyone wanting to downgrade their device is no longer able to.

Apple tends to make moves like this whenever a new software update arrives, especially if it’s one that fixes a particularly nasty bug or plugs a security hole. 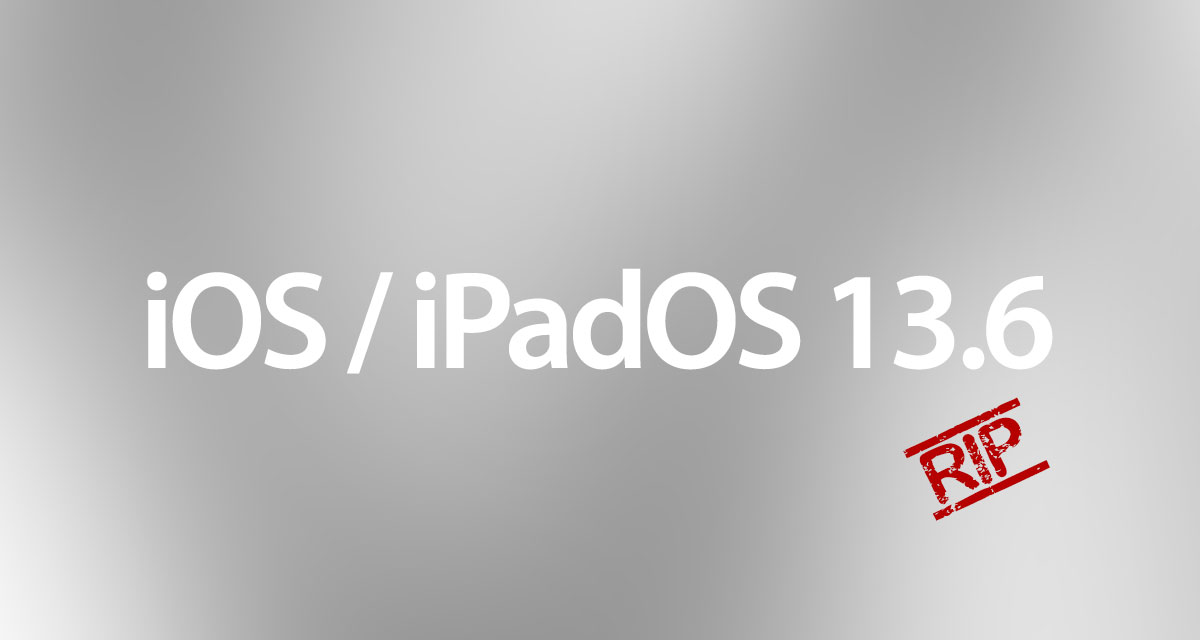 In the case of iOS 13.6.1, the update fixed a problem relating to green screens – caused by thermal management – and the way exposure notifications work. It also fixed an issue that saw some devices use an unusually large amount of storage for no apparent reason.

The cessation of iOS 13.6 signing means that nobody can install it, should they want to. There are few reasons for anyone to not want to upgrade to iOS 13.6.1 in this case, however. Normally, people try to avoid updating for jailbreaking reasons but that doesn’t appear to be the case this time around.

Anyone restoring a new device now would need to install iOS 13.6.1, with iTunes and the Finder app prompting them to do just that.

Apple likes to keep people on the very latest version of iOS wherever possible. Not only does it ensure its iOS version adoption rates look good, but it also means developers can target newer iOS versions when creating their apps as well.