Apple HomeKit To Get Smarter, Could Land In Cars, New Patent Filing Reveals

It’s hard to believe that it’s been almost two years since Apple introduced HomeKit at the 2014 Worldwide Developer Conference (WWDC) in San Francisco. The HomeKit protocols were originally revealed and exposed to developers and manufacturers as a way of addressing some of the problems that existed within the Home Automation market at that time, namely price of hardware and the complexities involved in getting started. Over the last two years, Apple has filed a number of patents to improve and push HomeKit forward, including this recently discovered filing that outlines how “automated behaviors in an environment can be implemented based on aggregation of individual user routines.”

The United States Patent & Trademark Office (USPTO) has published patent application number 20160132030, originally filed on September 16, 2015, and titled “Aggregating User Routines in an Automated Environment”. The abstract outline of the patent filing describes a system that would allow a mobile device in the hands of a user to link to a coordinator device to relay unique user behavior that can be located in the environment. The linked device, which Apple is calling a coordinator device in this instance, would then be able to analyze the relayed information as part of an effort to detect patterns of behavior that can then be automated on the user’s behalf. 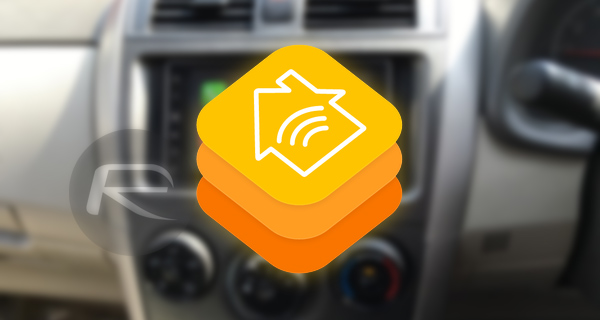 If all that sounds a little complex, and a little difficult to comprehend, then Apple is essentially describing a method of using accessory devices, such as an Apple TV controller or one of its iOS mobile devices, to collect information about a user’s environment with the aim of analyzing that data to get a better understanding of that particular user’s needs and habits.

One such example given by Apple is the notion of a light automatically being turned on if the light level in a given environment is detected to have fallen below an ambient light level. 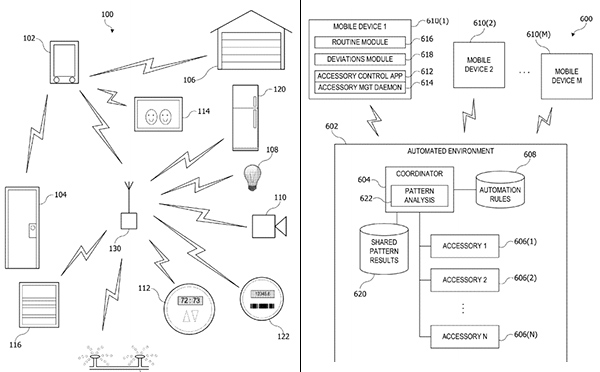 What’s particular interesting about this patent, and the technology methodologies that it describes, is that Apple notes that it could extend beyond pure home automation, and potentially into “homes, cars or other vehicles, office buildings, campuses having multiple buildings (e.g. a university or corporate campus)”.

Of course, that could just be a generic statement that outlines how the tech could be utilized and applied, but we all know that it’s going to push forward an increase in conjecture about whether or not Apple is working on an autonomous vehicle of some sort.