An innovative homebuilding company in the United States has announced its intention to usher in a new era of domestic properties that all come pre-built with Apple’s home automation ecosystem integrated.

Specifically, after working closely with Apple as part of the company’s initiative to see properties built with connected devices pre-installed at the building stage, KB Home has announced that those looking to commission a new home can have it built with Apple’s HomeKit-enabled systems installed from the very first stage of development, at an added cost, of course, allowing full voice control via Siri or Home app on Apple’s iPhone, iPad and Apple Watch.

Although Apple hasn’t publicly made it known that it has been working with housing developers as part of its efforts to push HomeKit and its network of connected hardware that support the protocol to more consumers, Tim Cook’s company hasn’t exactly shied away from the speculation either.

In fact, when you actually stop and think about it, given that we are living in an ever connected world, it makes perfect sense for Apple to push the boundaries of what is possible in a connected smart home by getting early adoption from builders and those who are actually creating the specifications for new property.

One of the biggest barriers that home owners face in creating a smart home is understanding the technology and retrofitting it to an existing property. KB Home, in conjunction with Apple, will be looking to remove that barrier at the Promenade complex at Communications Hill in San Jose, California, by offering a HomeKit smart package with new build properties that prospective buyers can purchase. 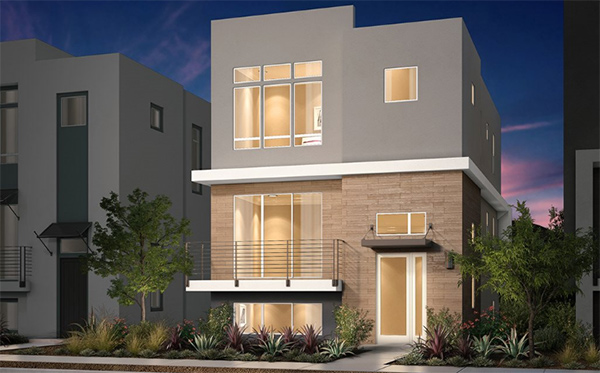 An extension of that initiative will also roll out in the future at KB Home’s Magnolia complex at Patterson Ranch.

Pricing for the San Jose properties starts from as low as $900,000 mark for 2,148 to 2,178 square feet with option to choose number of bedrooms, baths and garages, with one of the test homes showing off more than $30,000 worth of HomeKit-compatible tech installed, including accessories such as lights, switches, door locks, door bells, cameras, other security features, and an iPad or Apple TV as well for allowing remote access.