It’s that time of the week where Apple throws a paid iOS for free on the App Store as part of its Free App of the Week initiative. This week’s free offering is a unique one which puts you at the helm of helping a stranded astronaut survive on an unknown moon by means of simple text communication. Yes it’s a game, and a popular one at that which usually retails for $0.99.

Lifeline… by 3 Minute Games has been designed to emulate a situation where a ship has crashed on the moon of an unknown planet in the middle of nowhere with only one surviving member of the entire crew. You just happen to have picked up the lonely soul’s signal, and that is where the game picks up from. 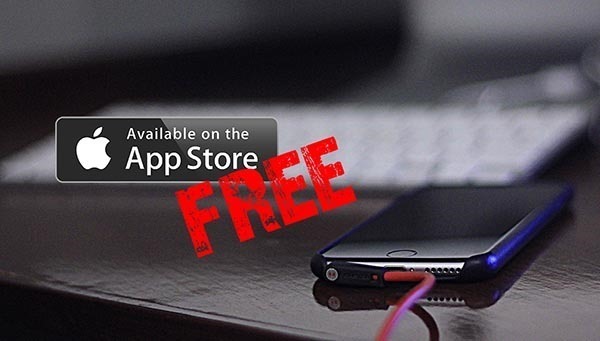 The entire gameplay is based upon text messages, thereby creating a truly gripping and suspense riddled story line, which is further helped by the fact that it happens to have been written by “Acclaimed writer Dave Justus” who is also responsible for the amazing The Wolf Among Us title. Given the nature of the gameplay, the developer has also thrown in support for the Apple Watch which receives all incoming communication from your stranded astronaut, and allows you to select your reply or command. 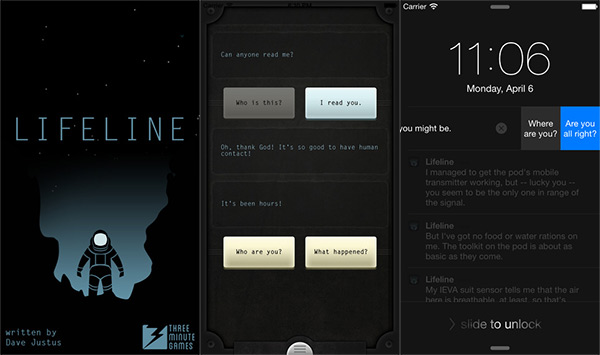 The story plays out in real-time depending on the choices you make – which are the replies you choose. Choices will range from pushing the astronaut to open a door risking in getting caught out in the cold, or choosing to settle with just rat food. Don’t really like the resultant outcome of your enforced decision? You can roll back to an earlier point in time and make a different choice to see what the outcome is this time around.

Lifeline is a deep, immersive story of survival and perseverance, with many possible outcomes. Taylor is relying on YOU. 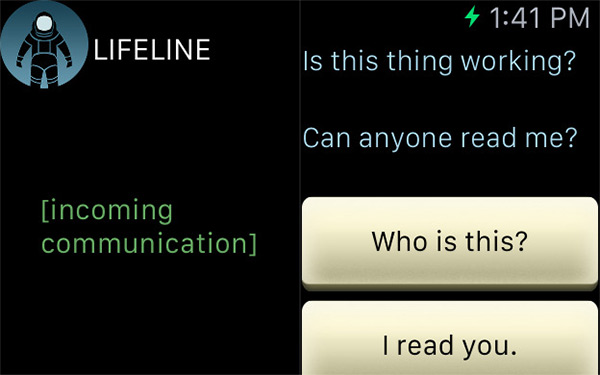 Now that we have the story and gameplay established, the eerie music in the background really puts you in the spot when faced with some critical choices. Lifeline… unlike most games, does not require an Internet connection of any sorts and there are no in-app purchases to put you in another decision making spot, you already have enough on your plate with the game.

If you are into such style of gameplay, do not miss out the opportunity to grab this amazing game for absolutely free before the offer expires.