Oh Apple, how do you keep getting yourself into these messes? Remember the seemingly never-ending palaver that was Antennagate? That’s right, the one that got so out of hand Apple saw fit to hold a special press event and then give away millions of iPhone bumpers? Well, if reports coming out of AppAdvice is to be believed, then the Cupertino peeps could be in for another tough ride with people beginning to complain of Wi-Fi connectivity issues when iPad 2s are held just so. 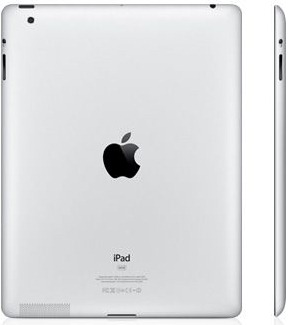 AppAdvice kicked the ball off when one of their readers shared his thoughts on what appears to be an issue with Wi-Fi performance when an iPad 2 is held near its single speaker grill.

Seems the iPad 2 has antenna gate also, I have noticed this for awhile. If I hold the iPad 2 on the sides my Wi-Fi drops to 2 bars but when I move my hand away from the left side it speeds up again. I guess if I bought a case for it that would make it go away. Has anyone else said anything about this?

What RazorianFly found was that this isn’t an isolated issue, with reports coming from a thread on the MacRumors Forums that similar issues are cropping up for others. Not only were users able to cause a drop in bars, some even managed to kill connectivity completely.

What’s particularly strange about this is the reports we’ve had since the first iPad’s release that the hardware’s antennas are actually hidden behind that iconic Apple logo on the device’s rear. This obviously begs the question of why does holding an iPad at its base affect the performance of its Wi-Fi antenna?

Apple is no stranger to antenna issues. Its iPhone 4 suffered the original Antennagate controversy last year when eager punters bought the brand new handset and discovered it was possible to reduce the number of reported reception bars by holding the phone a particular way. Media coverage was so intense Apple in the end had to offer free bumpers to help negate the issue of bridging antennas with fleshy palms.

It’s early days with this new bout of antenna issues, but Apple will no doubt be hoping they aren’t in for another round of bar related hysteria.