It was almost nine months ago that we brought you the original article regarding the release of the AndroidLoader tweak onto the Cydia store. May 2011 saw developer Surenix release AndroidLoader for jailbroken iPhones and iPod touches which gave users the ability to use a tap or slide in gesture to view all of their installed applications in one place. The name of the tweak will no doubt give it away, but the intention of the modification was to mimic the behavior of the app launcher that is found on the Android operating system. 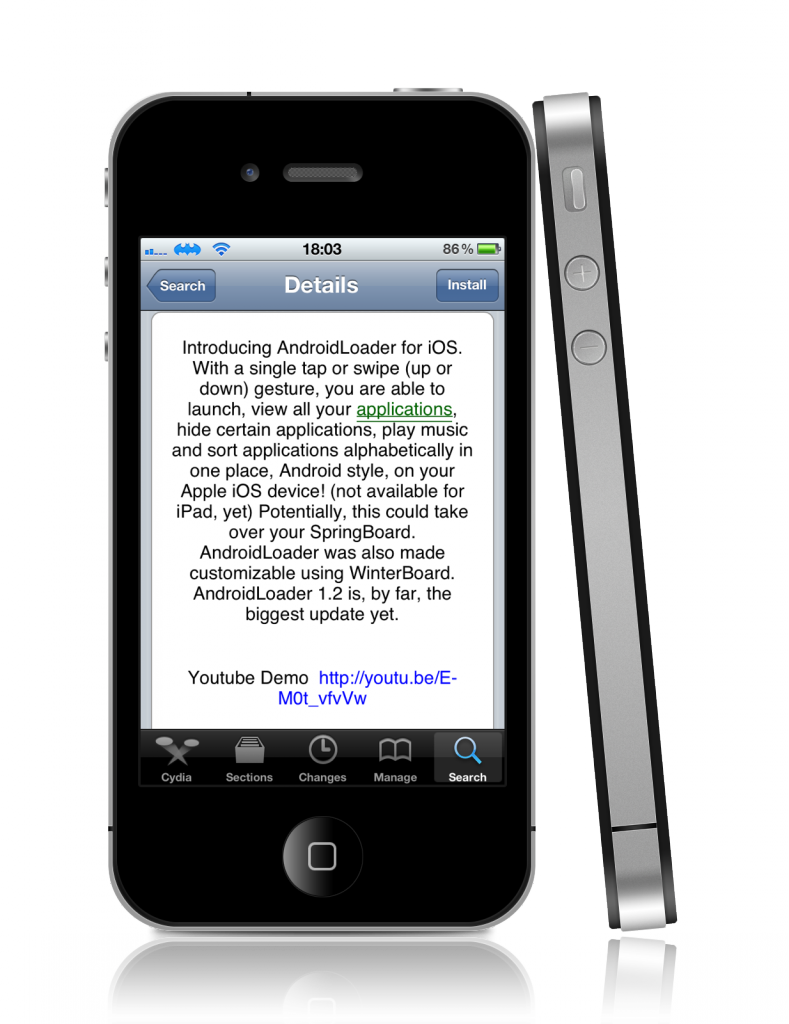 The launch of such a tweak was always going to produce a split decision on whether or not people would feel the need for it. After all, users of iOS powered devices may feel that the SpringBoard app launching system which is adopted by Apple is a lot more preferable than the Android method of executing app launches. As the saying goes, there are different strokes for different folks and with Surenix being a very popular figure around the community for his theme creation and graphics work, it was somewhat inevitable that AndroidLauncher would be a success.

After the release of version 1.01 in May 2011 and 1.1 in June of the same year, a period of eight months have passed and we have finally seen the public release of AndroidLauncher version 1.2, which is the biggest update yet, and provides a number of new features as well as big fixes and the obligatory stability enhancements. The official Cydia change log for version 1.2 offers the following information:

AndroidLauncher also has quite a comprehensive settings panel which allows user customization to suit his/her own preferences and have AndroidLauncher behave in a manner more suitable to their usage style. The basic core functionality of the tweak remains the same, with a user needing to invoke AndroidLauncher with a slide in gesture from the bottom of the device’s screen. Once invoked, a very nice and fluid animation brings up the launcher screen similar to how Notification Center appears but obviously from the bottom of the screen.

The applications which the user has chosen to set to display are contained within the screen, sorted alphabetically if chosen through the settings menu. The AndroidLauncher screen also contains the name of the currently playing track as well as media player controls which allow next and previous songs to be chosen along with playback to be paused.

One of the very nice additions to AndroidLauncher is the dock’s auto hide option, which allows the user to set a time frame in seconds before the dock beautifully slides off the bottom of the screen and then can be called back into action with a simple tap. The animation seems pretty flawless and reminds me of the dock hide feature within Mac OS X. Surenix has also kept in mind his graphical pedigree and allowed the ability for AndroidLoader to also be customized by the user through Jay Freeman’s WinterBoard application. 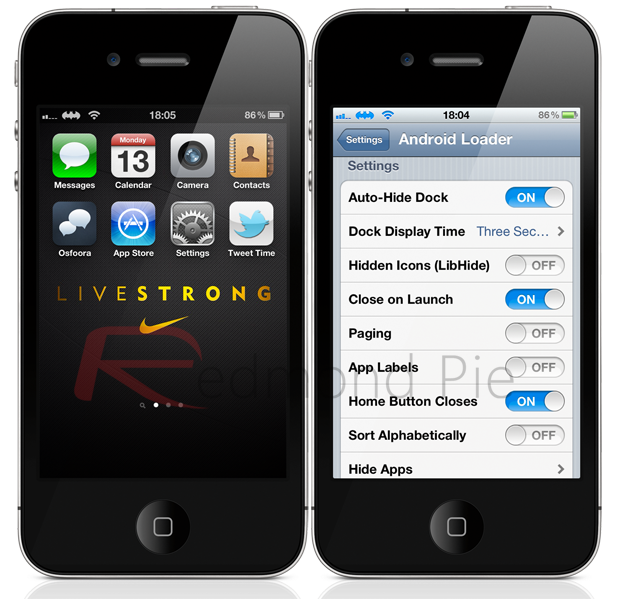 It isn’t difficult to see why the update has taken nearly eight months, with a number of powerful features being implemented and the aesthetics of the tweak being substantially improved. However, AndroidLoader will always be one of those tweaks which will either appeal to you or it won’t. From a personal point of view, I can’t see how it provides any huge benefit over the native SpringBoard app launcher or using the media player controls in the switcher tray, and, I am sure it will come down to the user’s personal preference on how they wish to launch applications.

With that said, from a technical point of view; AndroidLoader is an extremely professionally implemented piece of work which manages to take an idea made popular on Android and make it feel native on iOS. Everything from the settings panel, to the actual tweak UI, looks fantastic, which is something you would expect from a developer and designer like Surenix whom the community holds in such high regard. 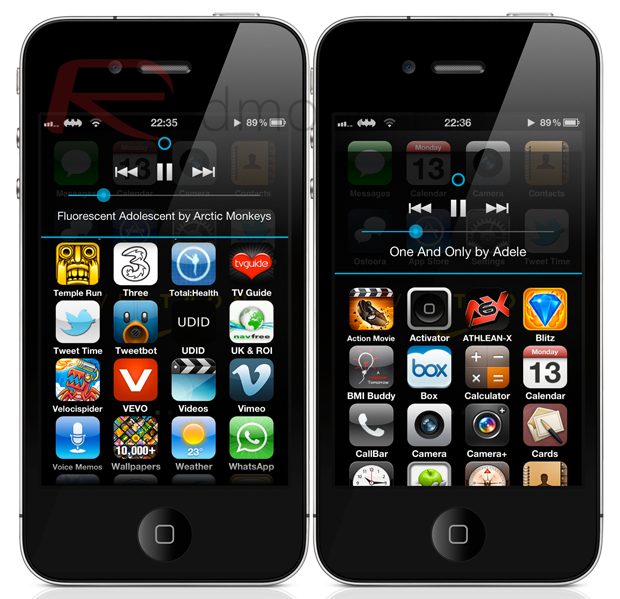 AndroidLauncher version 1.2 is available from the ModMyi repository as a free of charge update to existing owners, or, at a cost of $2.99 for new purchases. It is currently compatible with the iPhone and iPod touch and the iPad version is coming soon.