Being able to access your Android Messages anywhere is the kind of thing that can make a big difference to how people communicate, and with Android Messages for Web launching last week that’s a great step in the right direction.

You just cannot beat a native app though, that much we can all agree on, and now here is such a thing available for Windows, Mac and Linux.

Unfortunately the new app is not an official offering from Google, but it is available via GitHub thanks to developer Chris Knepper.

What makes the app so impressive is that it doesn’t feel like a port of any kind and everything behaves as you might expect given the platform it is running on at the time. All of the features you might expect are also there, too. Native notifications are great and work just as they should although there is unfortunately one caveat; users will need to keep the Android Messages client app open at all times if they want to continue receiving notifications of new incoming messages.

The good news is that if users tick the “remember this computer” when signing into their account, then they will not have to re-authenticate each and every time they want to get into their messages. 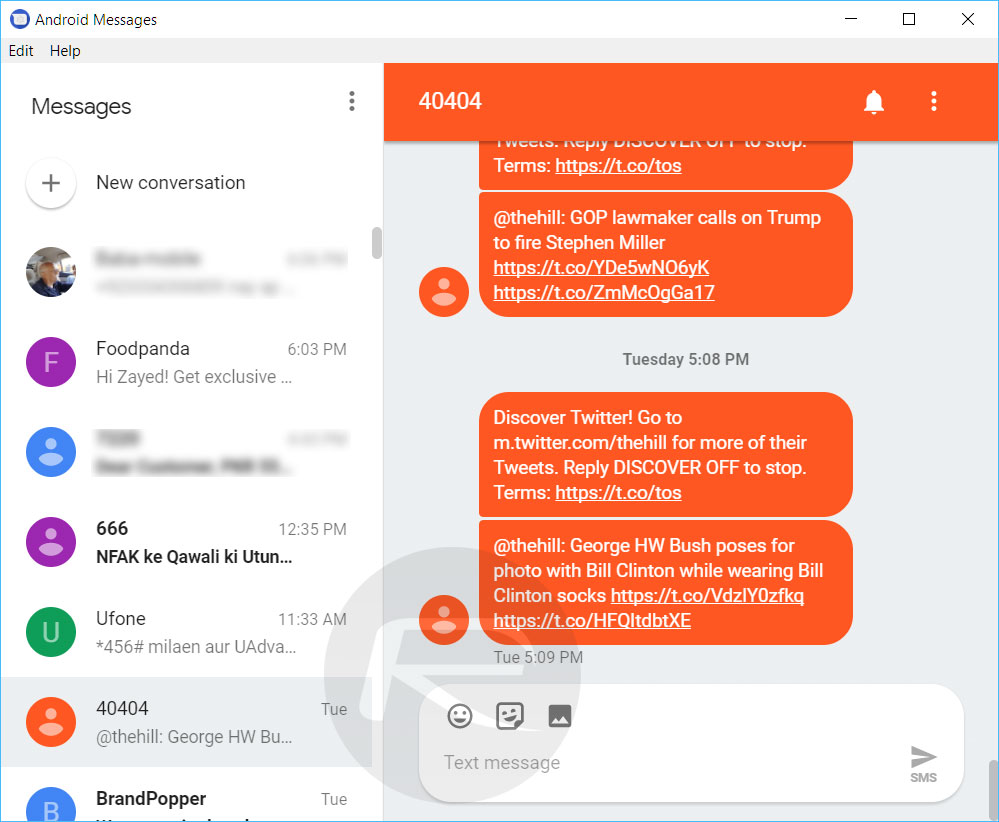 While it is true that these are still early days for the new Android Messages app, it is at the very least an encouraging start. It’s unknown whether an official app is in the works but even if it is, it’s highly doubtful that it will be available for all desktop platforms. For now we suggest giving this a try, it certainly works well enough to be used full time and will surely only improve with time.