Neonode has officially injected some excitement into the bloodstream of Mac owners by announcing that its extremely innovative AirBar will be offered with MacBook Air compatibility.

After initially being released with PC support, Neonode has now extended that compatibility to support Apple’s 13-inch MacBook Air, meaning that owners of those machines will be able to interact with Apple’s MacBook Air via gestures and hand controls that look to replicate what can be achieved with native touchscreen-enabled computers and devices. 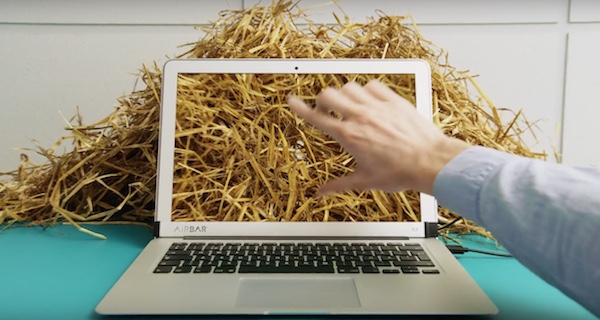 Neonode is looking to try and dramatically enhance the user-experience offered by Apple’s 13-inch MacBook Air. Rather than having to go through a complicated install or configuration process, users are given direct access to all functionality and capability of the AirBar simply by plugging it into the USB-A port on the MacBook Air.

The integrated and patented “zForce AIR technology” then goes to work by emitting an array of invisible lights over the MacBook Air’s screen that senses touch and movement, from bare and gloved fingers, and even additional peripherals like paintbrushes. That light array offers functionality like swipe, scroll, and even pinch to zoom.

We believe the community of devoted MacBook Air users will welcome this new product, as AirBar for MacBook Air will surely enhance the user-experience of an already great product. Our goal for AirBar continues to be expanding its application to more devices, across even more markets. 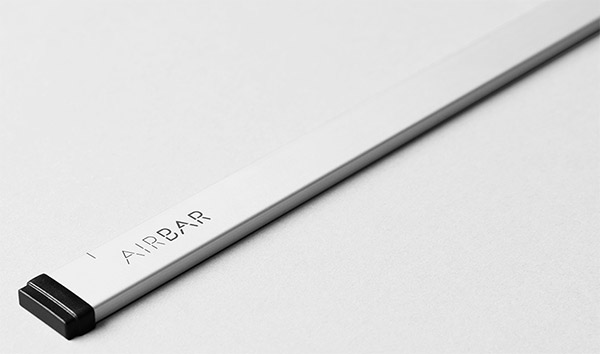 The interesting thing here is that there’s no real technical reason why the AirBar couldn’t be extended to other MacBooks running USB-A inputs. The limitation is purely down to the fact that the device itself requires 17mm of free space below the screen to actually successfully be mounted magnetically and project its array of invisible light onto the display. Theoretically speaking, if the AirBar could be made thinner, then it could easily be extended to other Apple machines.

The new AirBar is available for pre-order right now, and will be offered for sale this coming March, and will be finished in a brushed aluminum exterior, retailing for $99 via Amazon. The current AirBar for 15.6-inch PCs retails for $69, with Neonode also having plans to extend that proposition with the launch of a compatible model for 14-inch PCs when the MacBook Air models launches this coming March.