Digital SLRs provide the most enhanced level of photography in the entire industry, but their almost inherent lack of Wi-Fi capability has seen lower-level point-and-shoot devices to fill in a gap for those serial sharers. Those familiar will recall the DSLR Controller app, which bridged the gap between Canon EOS shooters and the world wide web via an Android device, and now, Chainfire has come through another hacker’s special involving a create-your-own Wi-Fi Stick.

We love these kinds of hacks here at Redmond Pie, and although the process is somewhat complicated, it’s also a stroke of genius. The Canon EOS remains one of the most popular DLSRs available to consumers, and you could have Chainfire’s Wi-Fi system up and running in a few steps using items most techies will have lying around. 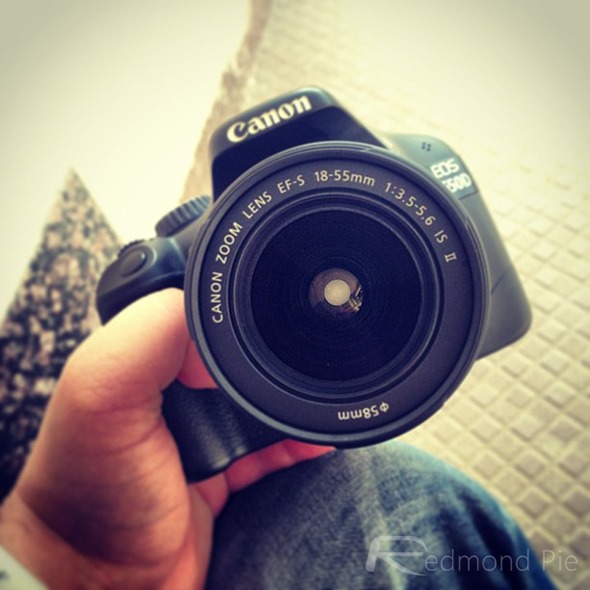 First and foremost, you will, naturally, need a Canon EOS camera. If you don’t have one, you can pick one up from Amazon or similar, and as a former owner of one myself, I cannot recommend them enough. You will also need a USB battery power bank, which again, can be had from Amazon for around twenty bucks. Provided you have a Wi-Fi USB stick and an Android smartphone, you’re good to go, and before long, you’ll be able to control your camera right from your Android device.

There’s quite a bit of messing around involved in the process, and as the tutorial creators rightly warn prior to outlining the steps, a willingness to tinker should be acknowledged as a prerequisite. Needless to say, the tutorial is a pretty extensive one, but if you have a bit of time on your hands and like the challenge, I would highly recommend giving it a go. 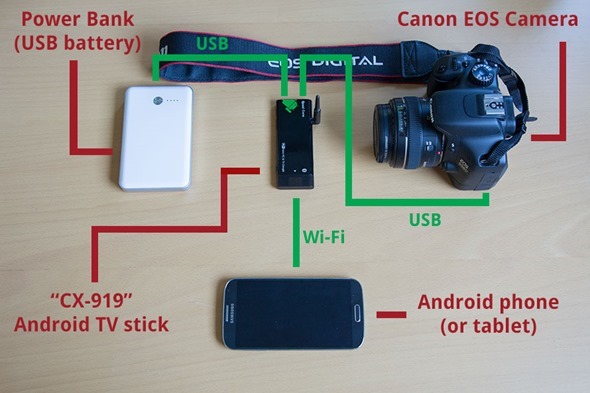 All of the details, as well as the step-by-step tutorial, can be found over at the DSLR Controller Web page, which can be found by heading over to this link: dslrcontroller.com/guide-wifi_stick.php . So head over to the link, follow the steps, and in no time, you’ll have set up your very own Wi-Fi controller. If you do happen to give it a whirl, be sure to leave your thoughts and comments via the usual mediums below; it’s always great to hear from you guys.

By the way, you’ll also need the DSLR Controller Wi-Fi Stick app from the Play Store, we’ve linked the app below for your convenience: