A Day In The Life With Samsung Galaxy S III [VIDEO]

So, the eagle has landed, and Samsung’s long-awaited Galaxy S III powerhouse is finally available to purchase; well, at least for a few countries. Those in North America will have to wait a couple of weeks to get their hands on the device, but at least – after the near month-long wait from the announcement, some consumers can enjoy S Voice and quad core prowess of the Super AMOLED HD-toting smartphone.

While, I presume, many of you are enjoying the plethora of perks on your brand-new unit, spare a thought for the S III-less folk itching to try it out for themselves. While there are still in excess of 100 countries waiting for an official launch, Samsung has arguably made the wait just a little more tantalizing by releasing "a day in the life of the Samsung Galaxy S III", especially for those wondering just how wonderful life will be once the device finally hits the palm. 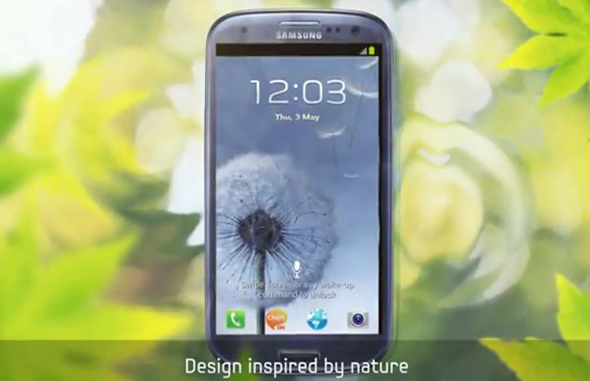 The clip is a rather vain delve into S III ownership, and with tranquil music running in the background, it automatically offers the impression that your life will be enhanced dramatically once you have one of your own. The device exchanges hands between members of the archetypal "perfect family," which borders the cringe worthy on numerous occasions, and by the end of it, you’ll likely be at a loss as to whether you want to rush out and buy the S III, or reach for the sick bucket.

While Samsung has famously mocked rival Apple on several occasions, the shoe is very much on the other foot in this case, with Siri clone S Voice getting a run-out in a clip which wholly reeks of Apple throughout. Still, that’s unlikely to deter fans of the just-released device, and although I can’t help feeling it would have looked a great deal nicer in black as opposed to pebble blue, it both models actually do look a lot nicer than I initially reckoned.

Although it’s painted as a device for the whole family, the sheer power of it will appeal closer to the hearts of the avid techies, and as one of those myself, it the new software and hardware certainly makes me want to try one out. Would I actually go and buy one? Well, in spite of the video, I probably wouldn’t; but like most tech enthusiasts, I can be extremely fickle.